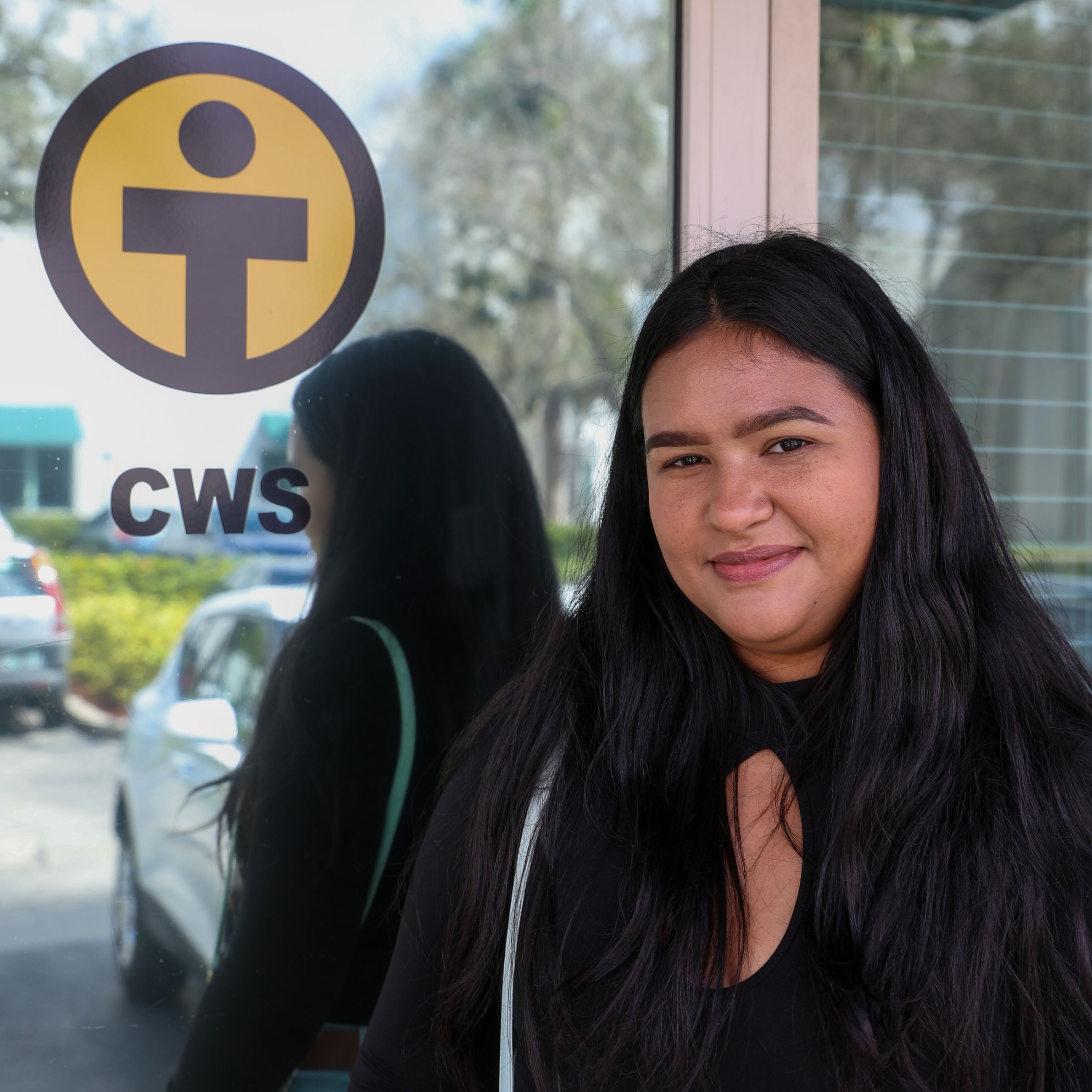 Rosemary’s Courage in The Treacherous Journey to Safety

WARNING: This story discusses multiple instances of rape and will be difficult to read.

When Nicolas Maduro became president of Venezuela in 2013, life as they knew it crumbled for most Venezuelans. For Rosemary, the change happened right before she was about to become a young mother at age 17. “It was very difficult to have a baby during that time. The government was a repressive one. You had no freedom of speech, there was no way to live a dignified life, there was no work and no school. There is no way to live in Venezuela,” she reflected recently.

While life was already difficult for Rosemary, who by age 21 had two kids, things became impossible when she was raped by a police officer in her city. The officer soon began threatening to kill Rosemary. Afraid for her life, Rosemary was forced to leave behind her two young children and her mother, and flee to Trinidad and Tobago. She was forced to travel without any documents since the police had taken everything away from her after she was raped. “They won’t let you have any documents so that you can’t leave and tell the world what is going on in Venezuela,” she explained.

In Trinidad and Tobago, Rosemary met her current husband, and the two decided to make the treacherous journey to find asylum in the United States. She shared that as part of the journey, she had to cross through Venezuela secretly. “It was as if I was a criminal. If I went to my house they could arrest me or maybe even kill me since that policeman had me under surveillance. I couldn’t see my mom or my kids before continuing,” Rosemary said.

In the next leg of their journey, Rosemary crossed the Amazon jungle. She said, “we were in the jungle for almost eight days with no food and with only water from the river. We walked every day without stopping from 6 a.m. to 7 p.m. when it got dark. We crossed the jungle, mountains, rivers. It was very dangerous.” Crossing the jungle was difficult enough, but for Rosemary, it was a living nightmare. Her group ran into assailants during their crossing. The unthinkable happened again, and Rosemary was sexually assaulted. “They took our money, they took our phones, they took everything,” she says. A second group of assailants robbed them of what they had left before they made it out of the jungle.

Unfortunately, Rosemary’s trouble did not end in the jungle in South America. She shared her experience in Mexico and explained, “Mexico is very dangerous. You meet people that promise that they will help you get to the United States. And instead, they steal your money, make false promises and take you as a prisoner.”

Rosemary and her partner were able to make it through Mexico and finally to the border shelter, who took them to a church where they could take a shower and receive food and clothing.  “There they gave me a card with the address and contact information for CWS so that I could call in case I needed legal and economic help. They knew what we had gone through and that we came here with nothing. So that’s how I found you guys,” Rosemary told us.

Through CWS, Rosemary was able to find a place to live in Miami, and she received beds and economic and rent support. In addition, Rosemary was able to get a lawyer and submit her application for asylum, free of charge. While she still holds the dark memories of her past, Rosemary feels that each day she is getting better. She said, “knowing that I can help my family and that I am in a safe place makes me feel more calm.”

The experiences Rosemary has gone through are unimaginable, but she refuses to let go of the joy and hope she has inside of her. With a bright smile, she told us, “I like this country; the United States is the land of opportunity.” She shared that she believes the key to moving forward is a good attitude, which is what she feels she has found at CWS. She tells us, “we have had the opportunity to have a friendly face and someone to talk to and share your story with. It’s not easy to open up your heart and tell someone, ‘I was sexually abused’. That’s not easy. It’s something you try to hide but CWS has even been like therapists for us. Thank you. I hope you all continue helping people like me that arrived here with nothing.”

With newfound opportunities, Rosemary would like to go to nursing school to complete the degree she began in Venezuela. She dreams of the day she gets asylum and can bring her mother and children to come live with her in Miami. CWS hopes to be able to complete Rosemary’s request and continue helping many others like her.

To help CWS support many more like Rosemary,  you can donate here.