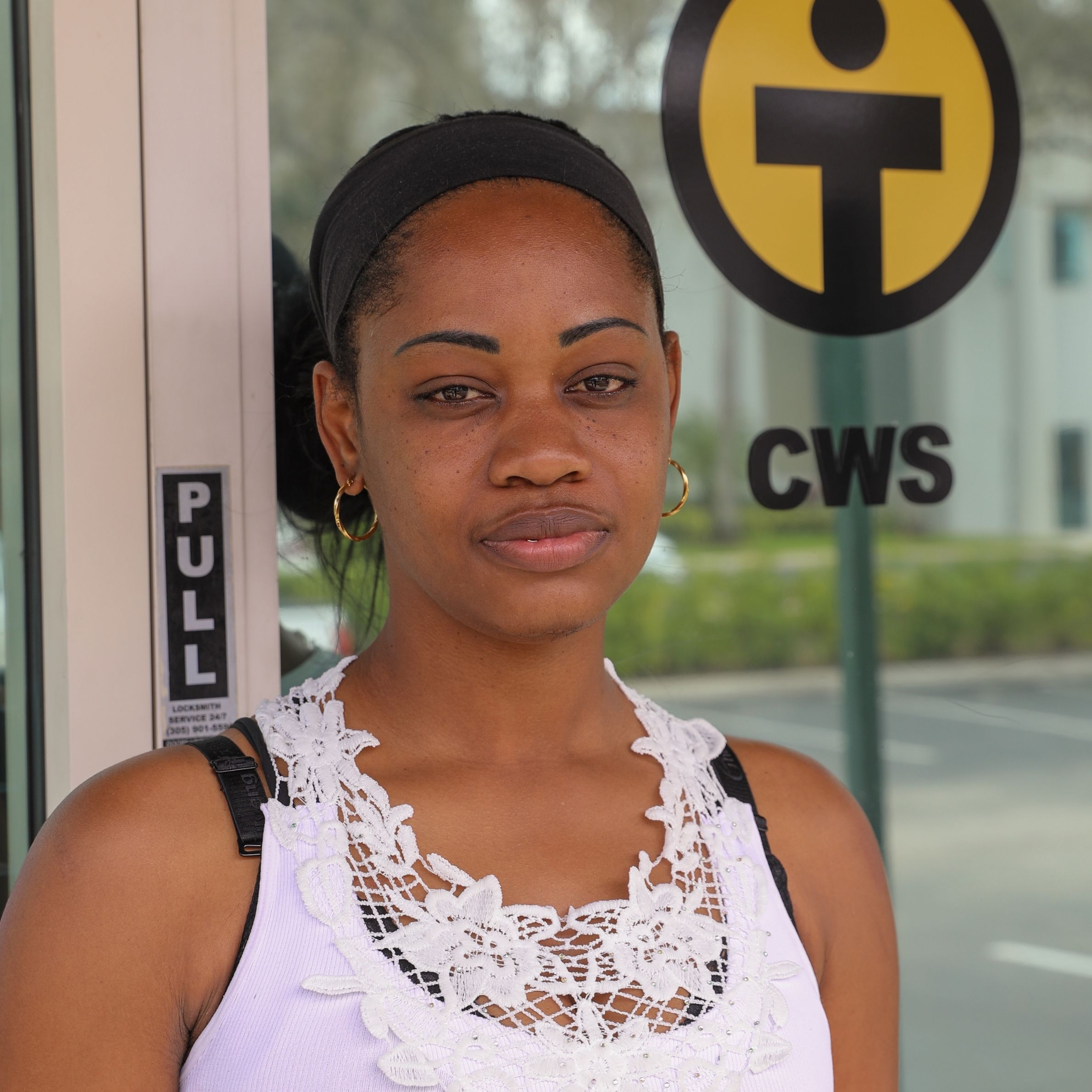 Anna stands in front of CWS office in Miami

In Cuba, when someone speaks out against the government they risk being ostracized by their neighbors, coworkers and friends. When her neighbors protested against the regime, however, Anna did not look down on them. Instead, she stepped in and defended them at the expense of her ability to live a calm life in Cuba. She shared, “I am seen poorly in my country for this. This was one of the main reasons I left–so that I could give my children a better life and so that they would not be seen in the same way I was.”

Following her decision to leave Cuba and head to the United States, Anna crossed 12 countries. In Uruguay, Anna got pregnant and had a baby. She was forced to stay longer than planned there due to the health risks caused by the pandemic. When Anna continued with her journey, it was in a new world with her newborn daughter.

While each country had its own challenges, Anna says, “the place I experienced the most hardship in was Mexico. In the jungle, I was ready for what I was going to experience, but I was not ready for Mexico. For me, none of the other countries were like Mexico.”

In Mexico, Anna worked at a small taco restaurant for long hours five days a week to make enough money to eventually cross into the United States. One morning before the sun had risen, Anna left her home to head to work. As soon as she walked out she was attacked by a group of men who beat her and left her defenseless. Anna recounted, “in the morning they waited for me and beat me because I served their table. It seems they were racist and did not like that a black woman was serving them.”

Despite the violence Anna experienced, she moved forward, pursuing her goal to reach a place where she could have a better life. Anna crossed the river into the United States, where she almost drowned. Some of the border patrols noticed that Anna and her baby were struggling to get across, so they helped her get out, gave her dry clothes and connected her to a border shelter.

Anna waited at the border shelter until her family in Cuba was able to send her enough money to get her to Miami. “My goal was to get to Miami, start from scratch and start rebuilding my strength,” Anna told us. In Miami, she began residing in a small home with 12 other people, where she was eventually kicked out due to complaints by the landlord about overcrowding. While looking for a new place to reside, Anna found CWS. “CWS helped me with a lot of things. Although they may not realize it, they really helped me a lot,” said Anna.

After many years of constantly having to defend herself and her friends, Anna is starting to build a life where she can use her strength to persevere. “I see my future a lot better now. If you find strength, things will get a lot better. It’s all inside of you, find the strength, push forward. I see a lot of aspirations for myself.” Anna’s strength is an inspiration and a reminder of the resilience of the people seeking asylum CWS works to assist. We hope to help Anna use her strength to establish a safe life here in Miami for herself and her children.